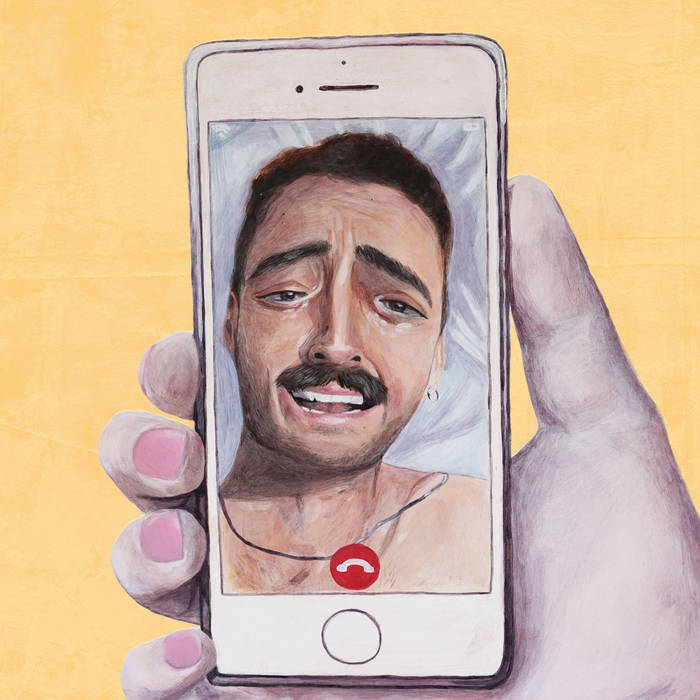 The South African-born, Berlin-based musician comes in hard with big groove and bounce, all whilst dealing with a break-up in today's gross abundance of dating apps and social media that force us to stay connected.

If there’s one thing you can rely on when Thor Rixon is creating a video, it’s that he will give it his absolute all. This was put to the test in this video as Thor had to dig deep to keep the tears rolling throughout the shoot.

Director, Rob Smith, gives his account of the filming experience,

“The concept itself, naturally taken from the lyrics of the song, made use of the POV of an iPhone throughout a breakup, giving the video a unique perspective, where most of the crucial action takes place out of focus, behind the phone. This was a really fun creative challenge.

“Thor is a natural performer. You put a camera on him and it’s hard to take it off. The main shoot itself was a tiny crew, consisting of myself, the “girl,” a DOP and two assistants. Thor and I later shot the iPhone footage all over Cape Town, pushing and pulling on those heart strings. Once Thor turned that tap on, there was no stopping him. He truly did not stop crying."

Gaining a bit of a reputation as a lovable and hopeless lothario with extremely talented dance moves and penetrable vocal hooks, Thor Rixon continues to connect with fans and tastemakers alike, including This Song Is Sick, EARMILK, Indie Shuffle, and Acid Stag.

Heavily inspired by Global funk and soul, and acts such as Toro Y Moi and his best friends strongboi, the Thor Rixon bedroom-pop sound slots perfectly within the genres of French electro, Australian dream-pop, nu-disco and house.

Bandcamp Daily  your guide to the world of Bandcamp